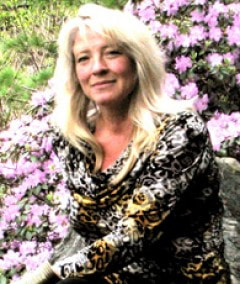 Born 1962 of Hungarian immigrated parents, Eva has studied, and has taken many workshops throughout Canada , the United States and Europe.She has participated in several solo and many group expositions throughout Canada, the United States and Europe.Her expositions include the Montreal Museum of Fine Arts in Montreal , The Helicon and Kastely Musuem in Hungary and other art galleries in Canada. She has won several awards and grants throughout her career. Her works are in many private collections such The Japan Embassy,The Hungarian consellor(past),The Soros family,The Stewart Hall museum,City Hall of Montreal, and several pieces in the Bronfman collection.


Eva Ferenczy-Reichmann’s artful and whimsical creations are made from different clays and porcelain and treated with a diversity of firing techniques. Wheel-thrown, altered and assembled, Eva’s one-of-a- kind original works are fantastic imaginative creations that dance with joy and elegance, capturing their audience with distinctive style and humor. 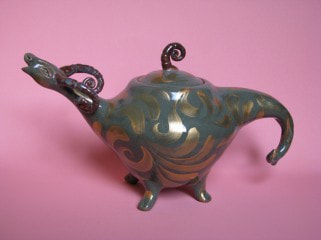 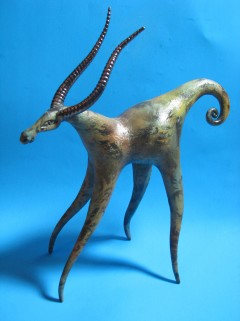 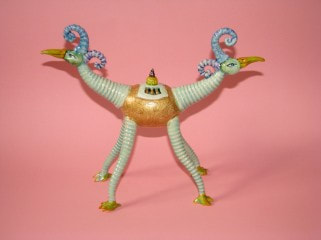 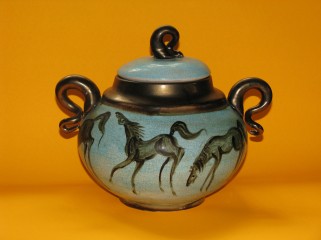 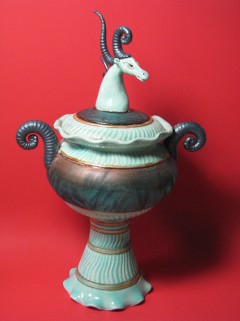 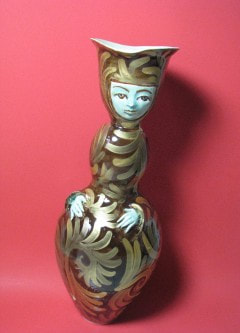